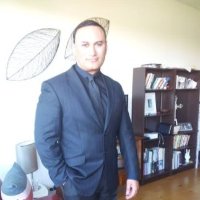 Timoti Pahi is descended from Ngati Rereahu, in the King Country. He received his formal training in Maori healing from Tohunga that were taught through the traditional Whare Wananga.

Timoti was the general manager of Rongomauri Maori Healing Therapy Centre for Hauora Waikato and is currently the CEO of Crosshouse Consulting. 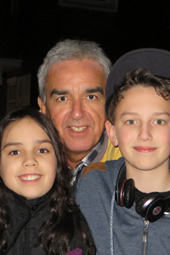 David Clark is an Emeritus Professor of Psychology who has worked in the addiction and mental health fields for over 35 years. He has an extensive knowledge and experience of biological, psychological and sociological aspects of addiction and mental health recovery. His work is based on the core values of authenticity, compassion, connection, courage, creativity, empathy and forgiveness.

David was initially a neuroscientist for 25 years, having trained with a Nobel Laureate (Prof Arvid Carlsson) and been the recipient of a number of awards for his research. His research on brain dopamine systems was widely cited and his laboratory, which he ran for 15 years, was a world leader in studying the role of dopamine in addiction.

In 2000, David decided that focusing on brain chemistry and using drug treatment was not the answer to helping people overcome addiction and mental health problems. He developed the grassroots initiative Wired In, which was hailed as visionary in its approach to empowering individuals, families and communities to overcome substance use problems. Since that time, David has been a writer, educator, researcher, website developer, film producer, recovery advocate and recovery coach.

As part of this initiative, David developed the web community Wired In To Recovery, which had 4,000 members and generated over 7,500 blogs before closing due to lack of funding. He also launched Recovery Stories (www.recoverystories.info), an environment where role models and their personal narratives can play an important role in helping people find recovery.

David moved from the UK to Perth at the end of 2008 and developed Sharing Culture (www.sharingculture.info) in late 2013. His primary aim over the coming years is to use a multi-platform approach (including documentary film and storytelling initiatives) to educate people about the healing of historical, or generational, trauma. He will work closely with filmmaker Michael Liu of Shocktreatmint Films.

David believes in the innate ability of people to self-heal, a process facilitated by empowerment and connection. Empowerment comes from giving people hope, understanding and a sense of belonging. David also emphasizes the importance of creating healing-supportive environments that build on the strengths and resilience of people. He considers Stories to be a powerful tool for healing. 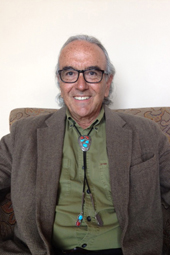 Eduardo Duran, PhD has been working as a clinical psychologist for over two decades. Much of his clinical and research work has concentrated on working with the legacy of historical trauma. Historical trauma is the trauma that occurs in families and is then passed on to the following generation unless the trauma or soul wounding is dealt with.

Through that process he has learned that wounding of the spirit has been endured by most people in the world and the lessons learned from this work is relevant to most people presenting with therapeutic issues.

Dr. Duran has extensive experience in all aspects of psychotherapy. His practice over the years has been based on working with clients from their needs and gives them choices as to the methods that they may feel most comfortable with.

Dr. Duran has served as a professor of psychology in several graduate settings and continues to teach, and lecture in community settings all over the world. 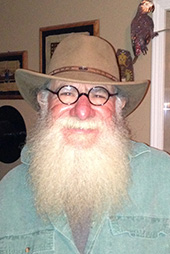 Dr. Lynn is an internationally recognized lecturer, researcher, and clinician in the field of Counseling Psychology and Drug Dependency. During the past 40 years he has held leading positions in many clinical settings, levels of addiction treatment, Employee Assistance Programs, State Government, and as a professor in several universities. He is a Licensed Professional Counselor and Senior Fellow in Biofeedback Practice. He is also a recognized expert in Family Therapy and Behavioral Therapy.

Dr. Lynn has been recognized by NJ Assembly Resolution for his efforts in the fight against Drug Dependence. He is a Clinical Consultant to Origins Recovery Centers, Adjunct Instructor for Rutgers Institute of Addiction Studies, International Consultant in treatment delivery systems, Clinical Director of The Counseling Group and Family Institute, Director of Special Projects for C4 Recovery Solutions as well as Clinical Director for the National Council on Alcohol and Drug Dependence NJ Juvenile Justice System Adolescent Evaluation and Treatment Project.

Dr. Lynn, although known for his many contributions to the Treatment Community, may be best known for his development of methods for the assessment and placement of clients and developing client centered care coordinated treatment systems focused on outcome data in the United States, Europe and the Middle East. His major focus being the development of systemic community based systems that promote wellness.

Dr. Lynn’s most significant accomplishment may be his ability to help restore hope in communities overwhelmed with despair, finding strength when resources have been depleted and empowering local people to better utilize finite resources and create programs for growth and empowerment that promote family and community sustainability. 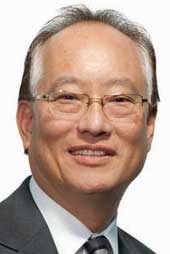 David Mee-Lee, M.D. is a board-certified psychiatrist, and is certified by the American Board of Addiction Medicine (ABAM). Based in Davis, California, he trains and consults both nationally and internationally.  Dr. Mee-Lee has led the development of the ASAM Criteria for the Treatment of Substance-Related Disorders since the late 1980’s. He has been the Chief Editor all editions of ASAM’s criteria (American Society of Addiction Medicine), including a new edition, The ASAM Criteria – Treatment Criteria for Addictive, Substance-Related, and Co-Occurring Conditions, Third Edition (2013).

He is also Senior Vice President of The Change Companies and has over thirty years experience in person centered treatment and program development for people with co-occurring mental health and substance use conditions.

David is currently serving the Addiction Treatment market and in addition to the range of global roles in medical diagnostics and health management that David has held during the past six years, his personal mission has been to help those still afflicted or affected by the disease of addiction through a number of volunteer efforts including those with C4 Recovery Solutions. In 2011, David Curtis was nominated to the Board of Directors of C4 Recovery Solutions. 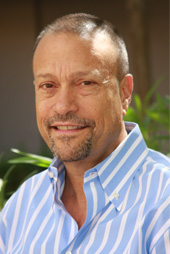 Mel Pohl, MD, FASAM is a Board Certified Family Practitioner. He is the Medical Director of Las Vegas Recovery Center (LVRC). Dr. Pohl was a major force in developing LVRC’s Chronic Pain Recovery Program. He is certified by the American Board of Addiction Medicine (ABAM), and a Fellow of the American Society of Addiction Medicine (ASAM). Dr. Pohl is a Clinical Assistant Professor in the Department of Psychiatry and Behavioral Sciences at the University of Nevada School of Medicine. 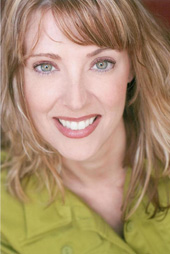 Lee FitzGerald has an extensive knowledge of treatment, marketing and management. Lee started her career in 1990 as Director of Ford Modeling Agency. In 1994, she moved to Los Angeles from Boston, where she took on the role of Special Events Manager at the world famous House of Blues in West Hollywood. Four years later, Lee utilized her skills, experience and talent to start her own company, Coast to Coast Marketing and Promotions. While beginning her company, Lee embarked on her own personal journey into recovery. After developing her company for 7 yrs, Lee decided to sell and move into the field of her new found passion, recovery. In 2005, Lee took on her current role as Executive Director of Aftercare and Outreach at Promises Treatment Centers. During this time, Lee has also grown outside of the workplace by earning her CADAC from UCLA and becoming a Certified Interventionist Professional, as well as a Board member of Association of Interventions Specialists.

Lee started a non-profit in 2006 in Nepal for women to recover from heroin addiction called Dristi Nepal. This is her greatest joy and where her heart is. 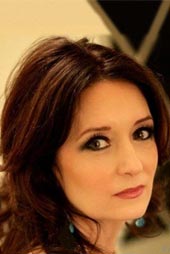 Dee K. McGraw has a BS in psychology from Vanderbilt University, an MSW from Grand Valley State University and over 20 years of experience in the substance abuse treatment & prevention field. Currently Ms. McGraw is the Director of Education & Event Services for C4 Recovery Solutions, a non-profit organization with world-wide projects. Her primary responsibility is the Conferencing Division, which encompasses the Cape Cod Symposium on Addictive Disorders, the West Coast Symposium on Addictive Disorders and the C.O.R.E conference. The C4 Recovery Solutions conferences are widely regarded as among the best educational events in the industry.

Ms. McGraw began her career in substance abuse as a therapist. She then coordinated prevention efforts in a six-county area for the State of Michigan, subsequently, coordinating substance abuse training state wide. She has additional experience as a trainer/consultant for CSAP's Managed Care Section and as a reviewer of local, state and federal grant applications. 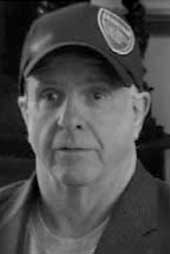 Ric has a long-term personal knowledge of recovery. His interest in the field started more than 20 years ago when his family purchased The Friary treatment facility located in Gulf Breeze, Florida. Mr. Ohrstrom actively participated in the management of The Friary until it was sold in 1990. Following the sale of The Friary, Mr. Ohrstrom established the Committee on Treatment Benefits (COB) in partnership with the nation's oldest addictions advocacy movement, the National Council on Alcoholism and Drug Dependence (NCADD).

Before COB parted company with the NCADD in 1997, it played a vital role in creating a national dialogue around moving the addiction treatment field toward outcomes-based purchasing. COB subsequently worked closely with the New Jersey (NJ) NCADD to design, build and implement the innovative NJ Welfare to Work Substance Abuse Initiative. COB's successor organization, the Coalition on Outcomes Based Benefits (COBB) continued to work in America, but also expanded its operations overseas, embarking on large governmental projects in the UK, Jamaica and the Far East.

Mr. Ohrstrom now travels extensively in the Middle East, working to expand the regional network of addiction data collection that COBB has played a seminal role in founding. A founding member of C4 Recovery Solutions, Mr. Ohrstrom currently serves as its chair.

Please contact us to talk with a staff member.